The Downtown Loop is in no uncertain terms the cultural and commercial epicenter of Chicago. It’s the Windy City's primary business and financial district and the home of everything from the oft filmed Sears Tower (aka Willis Tower), the Harold Washington Library and the world famous Joffrey Ballet to many of the most sought after new construction lofts, deluxe penthouses and luxury condominiums anywhere in the world. Known for spectacular residential skyscrapers and towering condos, with a median price tags of $640,000 that offer home buyers unmatched convenience and almost impossibly stylish surroundings. The real estate in The Loop is truly incomparable.

The Loop is the heart and center of the Windy City and second largest downtown business district in the United States. It hosts a majority of the city’s government buildings, financial institutions like the Chicago Board of Trade, and hotels in addition to a legendary theatre district, a very nearly as storied shopping destination in the form of The Magnificent Mile, cultural attractions such as the Lyric Opera, the Museum Of Contemporary Art, the Chicago Symphony Orchestra and of course the Art Institute of Chicago in addition to just plain sights—including: the sprawling Riverwalk, both Buckingham and Crown Fountain, 25-acres worth of Millennium Park, and of course The Bean. Quirky delis, gourmet bakeries and coffee shops adorn almost every corner and the list of trendy bars, celebrated gastro pubs and Michelin rated restaurants that call Downtown home is simply too long to list here. Buying a home in the Chicago Loop puts residents at the center of all of that and more. 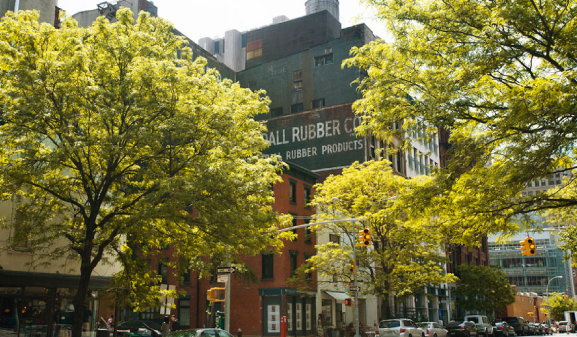 "Downtown Realty Company has been sharp and professional at every turn. With each interaction they made it clear that they were listening to my wants and needs and my agent has followed through on her every promise. Thank you, DRC!"

Numerous CTA and PACE Bus Routes as well as all eight L Train Lines ferry residents and visitors alike to through the Downtown Loop, giving commuters easy access to virtually every other neighborhood in the Wind City. Though named for the literal loop of elevated train tracks that represent one of its architectural highlights, Downtown Chicago also offers easy access to both the main Metra and Amtrak train hubs, as well as to both the Kennedy and Eisenhower expressways. The network of loft and condo complexes are also typically situated within walking distance from most major landmarks and entertainment destinations. There’s even a pedway sub-sidewalk tunnel system connecting major streets and buildings to help keep residents warm and on the go during the city’s notorious winters.

All CTA "L" train lines pass through the Loop, providing easy access to virtually any part of the
city. Although named after the loop of the CTA trains, the Loop also provides easy access to the
Metra trains as well as the Kennedy and Eisenhower expressways. Loop condos are also walking
distance from most major Chicago landmark buildings and entertainment. No need to stop your
stroll in the wintertime; the Loop's Pedway sub-sidewalk tunnel system connects major Loop
streets and buildings and also houses shops and restaurants, making your Pedway walk
exceptionally convenient.

IF YOU LOVE THIS NEIGHBORHOOD Check Out Some Of The Properties